Hello all friends. This is the first post of tietomallimies (information model guy) in English. I have been working with knowledge management and information systems for a decade. In addition, modelling complex things is a must for a former theoretical physicist and information and enterprise architecture and frameworks are also familiar to me.

Although there are quite a few posts in Finnish already available, I will not rehash those. Instead, a new storyline will be presented and I hope to avoid some of the issues in the logical evolution of previous ones. Partly this stems from the fact, that concepts and data models were developed in tandem with the blog posts.

I will, however, briefly outline what has been discussed previously. Everything started when I had to rethink a bit how organisations, their structure and people within should be described in order improve the quality of master data. No one should be surprised that many of these ideas are not new at all and some information systems apply them already. What seems to be new is a way to consider generalisations and collections of items in the same database.

This has many uses in regulated environments and organisations whose goals and tasks are defined externally, e.g. in laws and statutes and then in internal regulations and guides. The point is that many structures will be similar on different levels of granularity and thus one statement can apply to many cases. Generic structures and concepts also highlight connections between different organisations and hierarchies. It might surprise many that by using metamodels, the analogies of instantiations (actual named objects) become obvious and a more complete picture of the whole is obtained.

Storylines: Organisational and management structures and their uses.

The story so far

First, some concepts related to organisations and their  internal structures were defined. Then this was applied in order to understand how organisations operate and how functions, processes and projects can be understood as ways to organise this operations. Difficulties in using master data effectively are often related to the fact that concepts have not been defined and no data models to support these concept exist. Finally often information is locked in documents where it is practically impossible to describe how this piece of information is related to everything else or even just the important bits.

This problem was exacerbated by internal regulations of large public organisations such as government agencies that derive their purpose from related legislation. Actually, the only solution to this problem was to find out what the laws and statutes actually say and how they are written. Unfortunately, two additional problems appeared with respect to how legislation is produced and written. First, it is not enough to study those laws and statutes immediately above internal regulations. Secondly, the structure and presentation of legislations is not optimal for analysis due to natural language and lacking links.

Then I generated a data model for legislation and analysed how to operationalise it in terms of definite statements and how these statements are deployed. This was tested by deconstructing about ten statutes and then generating statements with a simple predicate logic into a database.

I also found out that the main problems of how Finnish legislation is generated and distributed were discovered already by a project called Semantic Finlex in 2012-14. They did not enter the domain deconstructing and operationalising the legislation but their web site provides much of the Finnish legislative collection as open data and they are able to provide versions of updated laws and statutes from the beginning of 2015. Unfortunately, the service is only available in Finnish.

In the following posts the concepts are defined and expanded. Later on, data models and their applications will be generated and tested using databases as a proof of concept. Later on, some other concepts and metamodels are created.

Please join me on this voyage. As a teaser I give you the definitions and and few tidbits.

The definition of organisation is from Cambridge dictionary while all others have been refined while developing these ideas. Of course the concepts and relations are not completely new as position and person are used for example in SAP enterprise resource planning. Nevertheless, I have not seen these generalisations and collections used in a single database with actual organisations in order to better describe masterdata.

Of course also the relations between concepts and their representations can be exploited and new information within the model can be gleaned in the database. Finally one should remember that this is also a way to generalise identity and access management in a more complete framework. What about role based access management with personal logging of specific transactions? But I am getting ahead of myself, a lot of explaining must be done before that.

Finally I can promise that a database can be developed to elucidate these concepts and models. I am not a database expert so the most advanced tricks are beyond my capabilities, but a lot can be done with the nice platform provided by metadata oriented M-Files from Finland. My usage is a bit off the well traveled paths, but kudos goes to experts at Tampere for providing a great tool for knowledge based database design and application. Much more about everything in the following blog posts. 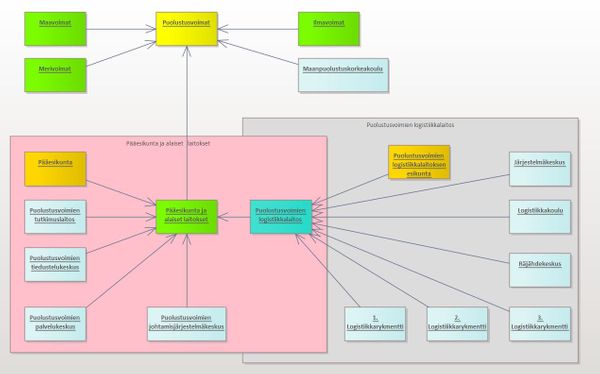 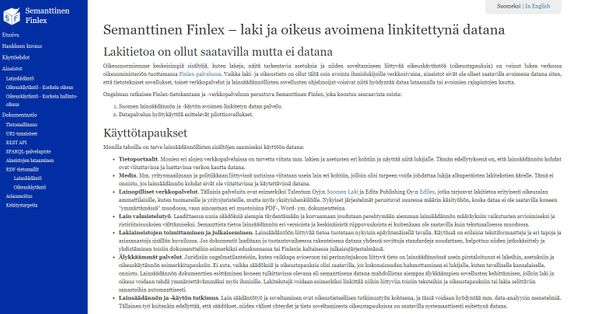